With a fast and furious one-day straight knockout format, the Champion of Champions Shootout is Ultimate Pool’s end-of-season extravaganza bringing together winners of professional and Challenger events from earlier in the season.

Chris Melling won the first edition of the event in December 2021 when he defeated Chris Day in the final.

Number of Players: 16 – a mixture of professional and Challenger players

Format: To be confirmed and announced

Date/Venue: The provisional date for the 2022 Champion of Champions Shootout is Sunday 18th December. It is planned to be held at the Players Pool & Snooker Lounge in Newcastle-under-Lyme.

Prize Money: The 2022 Ultimate Pool Champion of Champions Shootout has a total prize fund of £25,000. The prize money breakdown is as follows:

Coverage: Television and livestream details will be announced in due course. 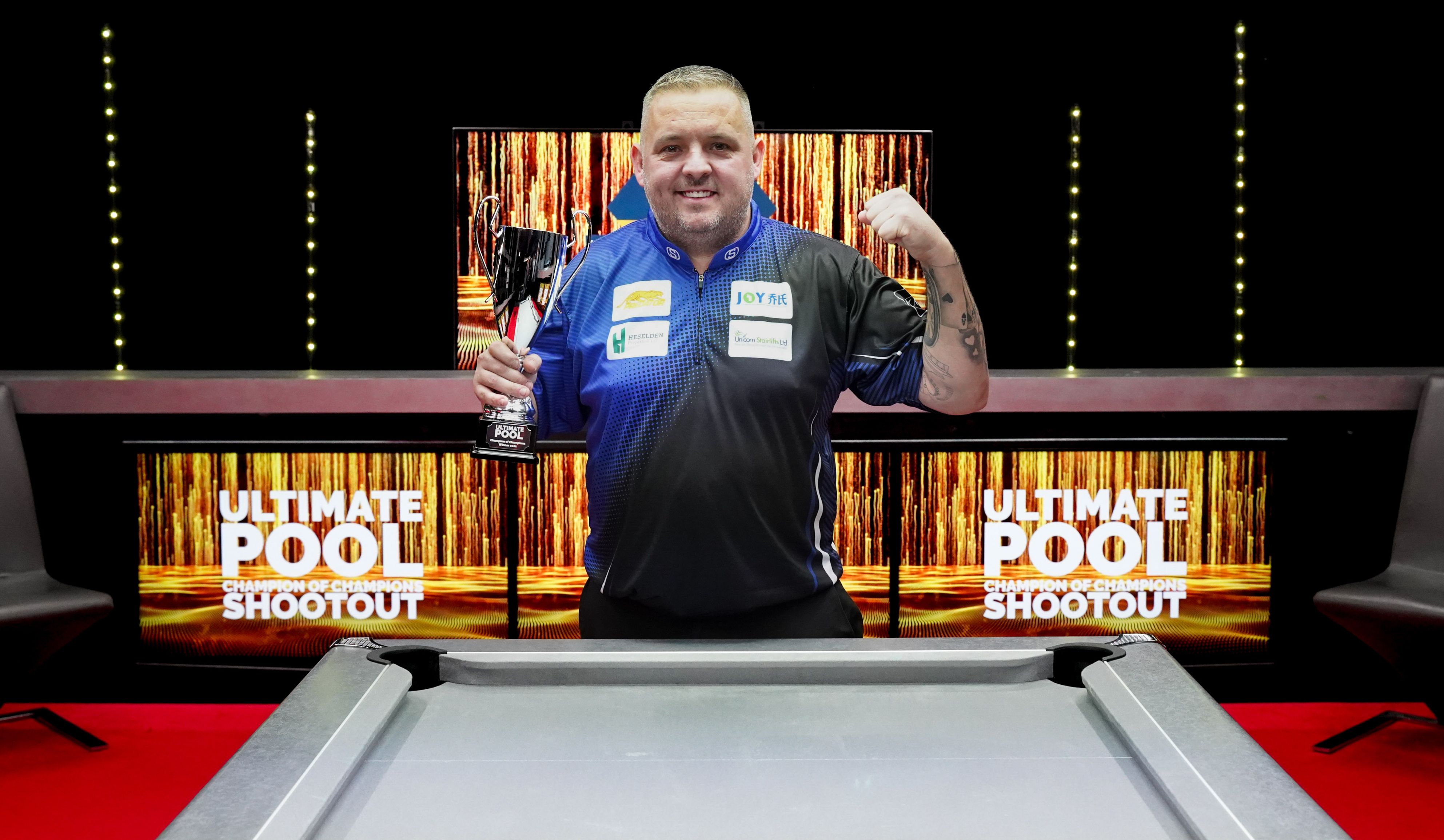