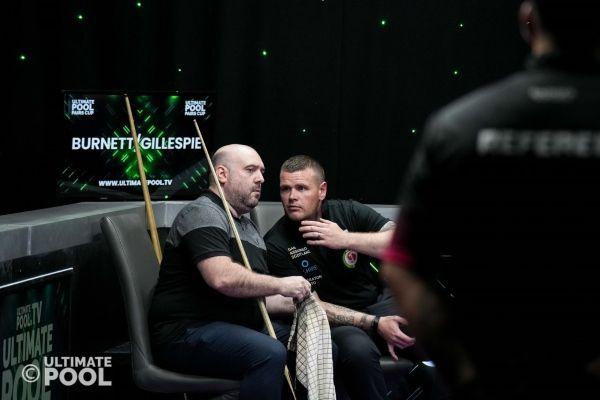 The Scottish combination of Scott Gillespie & Jamie Burnett won Group 10 of the Ultimate Pool Pairs Cup on Monday night to become the latest team to qualify for the last 16 of the tournament.

After group outsiders Joe Nulty & Ross Smith defeated Eaton-Lees & Daniel Bailey 2-1 in the opening tie, Gillespie & Burnett had to make do with a point from their first match as Wharne & Guvy Gill produced a fine comeback from two down to draw 3-3 on the buzzer.

Eaton-Lees & Bailey then defeated Wharne & Gill 3-1 to keep their hopes alive before the Scots ousted Nulty & Smith 2-1 to go top of the group and have destiny in their own hands.

Several permutations were still on the table heading into the evening’s final session, but Nulty & Smith were removed from those discussions as the already eliminated Wharne & Gill defeated them, 3-2.

That result meant the possibilities for the last match between Gillespie & Burnett and Eaton-Lees & Bailey were simple. The former needed to avoid defeat to qualify, whilst the latter needed to win.

There was drama in the first frame when – whilst snookered – Burnett potted the 8-ball only to see the cueball also make its way to a pocket. However, they regrouped, both claiming their singles frames to win 2-1 and finish on top of the league undefeated with five points. 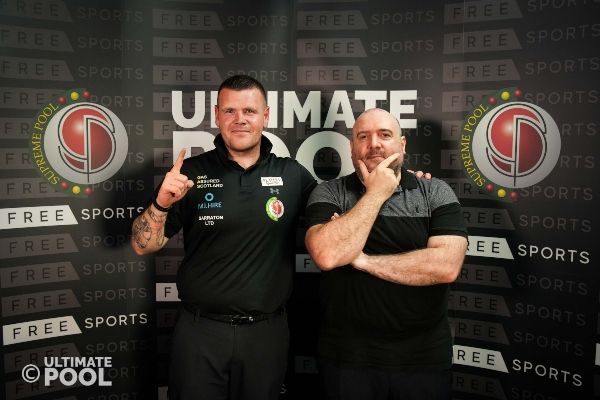