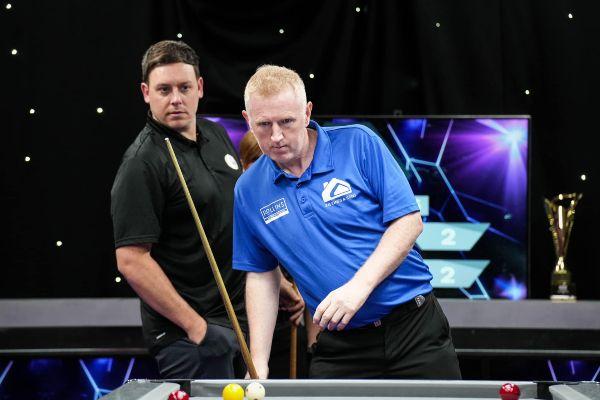 Following his victory at the inaugural Players Championship, the in-form Ronan McCarthy has rocketed up to ninth in the provisional 2023 professional rankings.

Ultimate Pool recently released information about a new structure for professional events in the 2023 season, with the top tier circuit expanding to 96 players.

At the end of the 2022 Pro Series Event 8 in December, the new rankings will be set for the 2023 campaign. The top 28 players will all be guaranteed to be seeded into the last 64 of all Pro Series events next season, while the remaining players will contest the first round to join them.

McCarthy – in his first season as an Ultimate Pool professional – reached the semi-finals of the BT Sport Pro Cup just before the new year, but since then struggled for results, not reaching the last 16 of any ranking event. However, the recently crowned WEPF World Champion set that record straight with a memorable display last weekend, defeating Karl Boyes in the final to claim his maiden major title with the organisation.

Since joining the professional circuit in the summer, Boyes has enjoyed a brilliant start on the top tier. He reached the semi-finals of Pro Series Event 6, and in reaching the final of the Players Championship – only his third ranking event appearance so far - ‘Box Office’ pushed himself up to 31st in the provisional rankings and in great contention for a top 28 spot.

Not much has changed at the top of the provisional rankings with Michael Hill – who had to withdraw from Finals Weekend due to illness – is still on course to win the coveted number one spot for 2023.

A three-time Pro Series event winner this year, Hill is a strong favourite for the position, although there are several players behind him in the rankings that could still mathematically claim the top spot.

The provisional rankings can be viewed via the Live Scoring tab on ultimatepool.tv here.