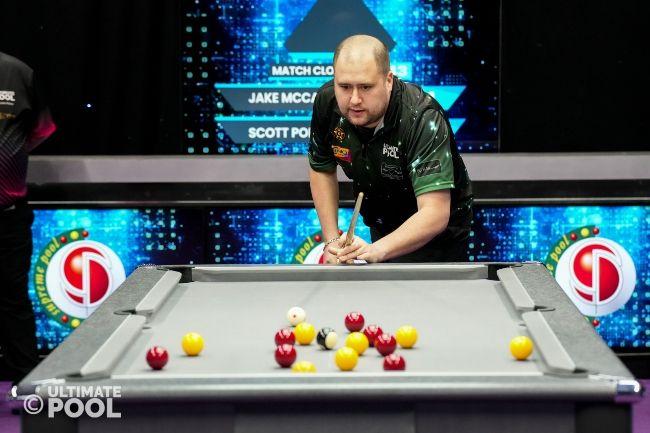 Despite feeling under the weather, Jake McCartney successfully battled through two tough matches back-to-back to win Week 25 of the 2022/23 Ultimate Pool Masters and qualify for the last 32 of the event.

An entertaining tie with plenty of quality on display and several clearances registered, there was never more than a frame between the players during the opening nine frames. However, from 4-4, Wales’ Hoskins won four of the final five frames to go through to the weekly final as an 8-5 victor. 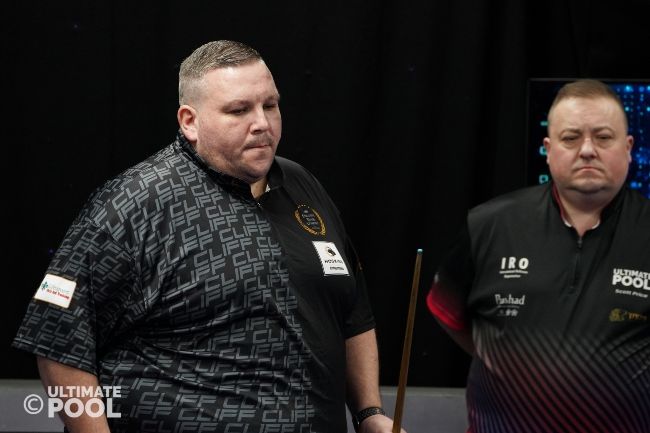 Next up was former Pro Series event winner McCartney who was coming off the back of a brilliant semi-final run at the Pro Cup over the festive period. The Australian faced the dangerous up-and-coming Englishman Scott Pope – a Challenger Series event semi-finalist in the past.

Jakestar hit two break clearances and a reverse clearance as he went 4-0 up before Pope got on the board with frames five and six. However, McCartney re-established a four-frame cushion when he made it 6-2 with another break clearance in frame eight.

A missed 8-ball from McCartney in frame nine, though, would be the start of an impressive comeback for Pope who strung together the next four frames to level up at 6-6 with several clearances, before coming from behind again to force a deciding frame when making it 7-7. But when Pope agonisingly didn’t make a ball off his break in the decider, the Ballarat cueist mopped up for victory.

Visibly in discomfort, McCartney did not have long to rest before facing Hoskins in the final. Both held the lead early on, but McCartney was able to take some control in the middle section of the match before eventually winning six of the final eight frames for an 8-5 success. 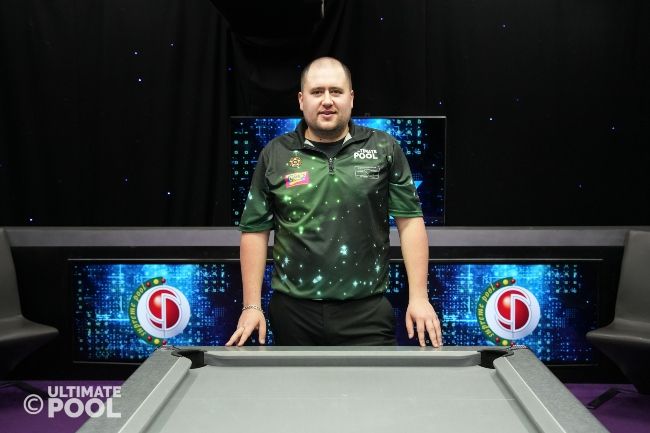