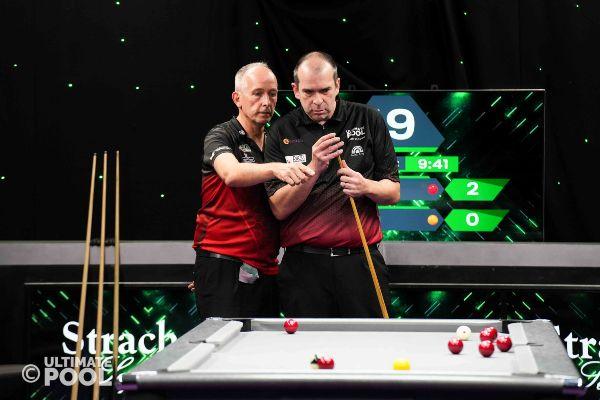 The last 16 line-up for the 2022 ultimatepool.tv Pairs Cup is now set after Dylan Leary & Matt Cooke won Week 16 of the competition.

One of the toughest groups to call in this opening phase, Leary & Cooke came from behind to draw the opening match of the night against Welsh internationals Richard Gifford & Andy Williams, 2-2.

Former Shootout Grand Finals winner Simon Fitzsimmons and playing partner Connor Jones led the group early on after a 2-1 win over Steve Morris & Jella Singh. Morris & Singh stayed out in the arena and produced a brilliant comeback, recovering from 0-2 down to defeat Gifford & Williams 3-2 and keep their qualification hopes alive.

In an important fourth match of the evening, former European Champion Leary & Challenger Series event finalist Cooke played superbly against Fitzsimmons & Jones, gaining maximum points with a 3-1 victory. The result put them top of the table and meant they had destiny in their own hands.

The only side mathematically eliminated were Gifford & Williams, but they returned in session three and started really well as they carved out a 2-0 lead over Fitzsimmons & Jones. However, the latter pair – who needed to win to stay in contention – mustered up an impressive four-frame winning streak (including a golden break for Jones in frame five) to move to four points and give themselves a chance of advancing.

Going into the final fixture, three teams could still top the group. Leary & Cooke, though, relieved themselves of some of the pressure early on, compiling a break clearance (scotch pairs) and a reverse clearance (Leary) to go 2-0 up, before later converting for a relatively straightforward 4-0 victory. 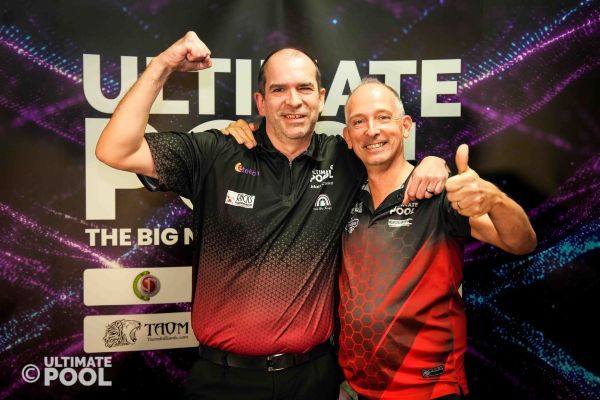