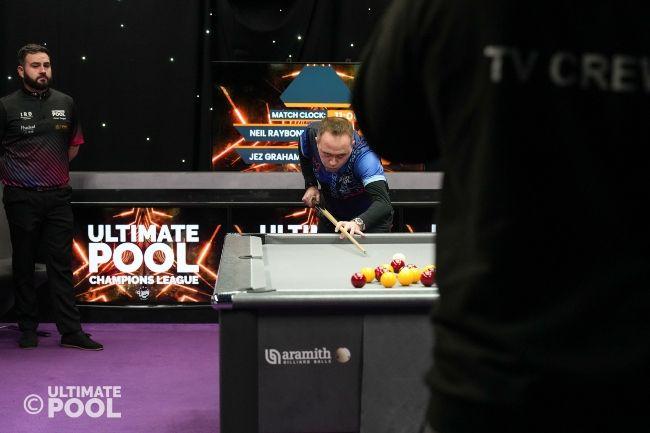 Neil Raybone booked his place in the last 16 of the 2023 Ultimate Pool Champions League after winning all three of his matches as he came top of Group 2 in the competition on Monday night.

It was an even-looking group in Newcastle-under-Lyme, but as the seeded player for the night, Pro Series event finalist Raybone lived up to his tag to join week one winner Chris Melling in phase two.

Former World Masters champion Raybone defeated Jez Graham 3-2 in the opening match of the night and then ousted Arfan Dad by the same scoreline in a crucial match four, although Dad nearly pulled off a brilliant comeback from 3-0 down against the clock. Dad had earlier got the better of Ultimate Pool debutant, snooker star Stephen Maguire 4-0 in the second match of the evening. 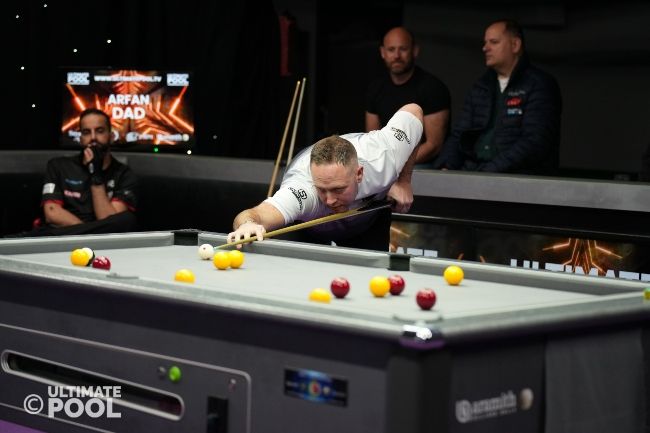 Having ended Maguire’s progression hopes earlier with a 4-0 victory himself, two-time Ultimate Pool title winner Graham kept his hopes alive of qualification. However, when Graham and Dad drew 2-2 in the fifth match, it meant that Raybone could not be caught despite there still being a match to go.

An entertaining final fixture which saw former UK Snooker Championship winner Maguire complete a memorable finish with a couple of fantastic recovery shots, Raybone went on to win the tie 3-2 and end the night at the Players Pool and Snooker Lounge with a 100% record. 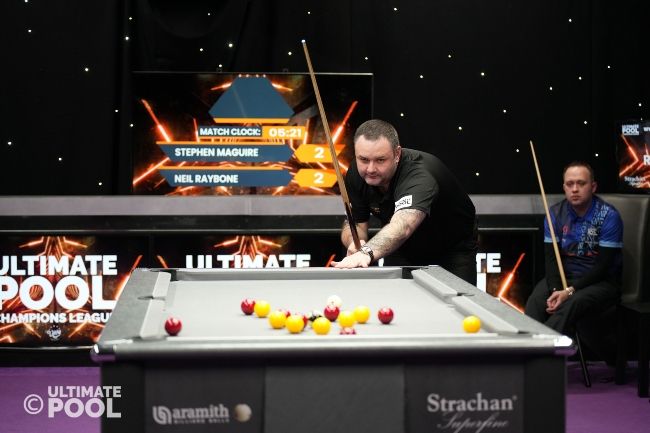 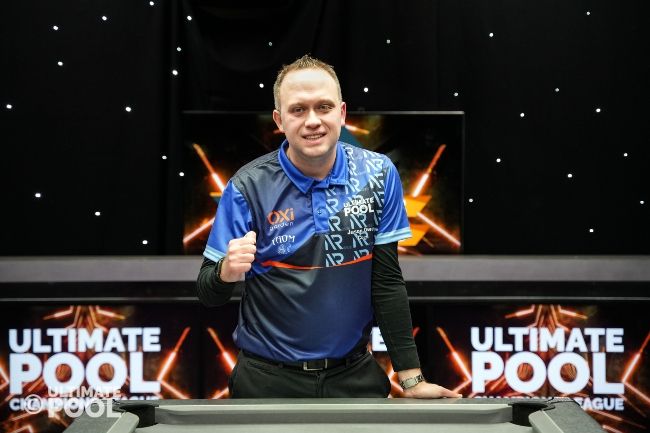