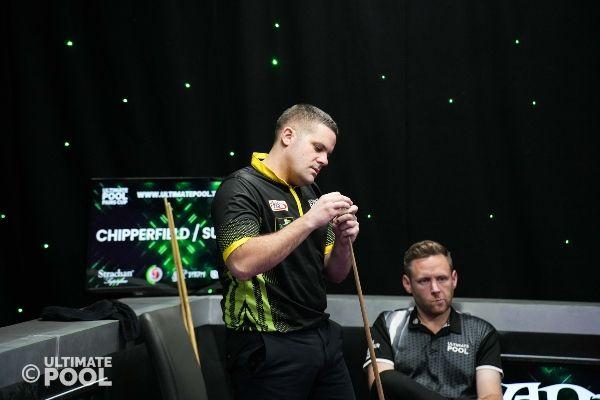 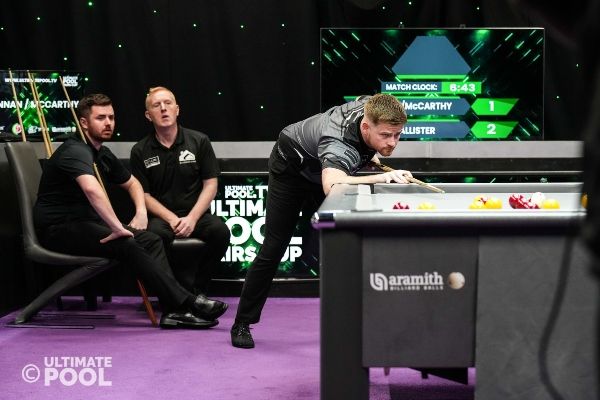 Northern Irish duo McCarthy & Brennan stayed out in the arena to oust Croxton & White 3-2 and pick up maximum points – McCarthy clearing up in frame five with just three seconds remaining.

In a pivotal fourth fixture of the night between the two opening session winners, Chipperfield & Sutton recorded a scotch doubles break clearance and one each individually as they turned on the style to defeat Kane & McAllister 4-1 and take control at the top of the table.

However, going into the final session, there were still a few permutations possible, one of which was a three-way 6-red shootout – which would come to fruition.

Kane & McAllister moved to four points with a 3-1 win over the already eliminated Croxton & White, which meant all eyes were on the last game. 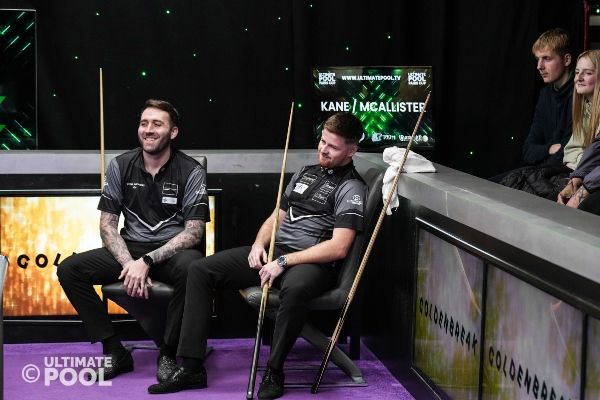 In one of the highest standard matches you’re likely to see in this format, Chipperfield & Sutton – who had the safety net of the draw to qualify automatically – got off to a blistering start with a reverse clearance (scotch) and a break clearance (Sutton) to go 2-0 ahead of McCarthy & Brennan in a repeat of last year’s final.

However, they were soon removed from that easy street as McCarthy & Brennan launched a faultless comeback with a break clearance (McCarthy) - reverse clearance (scotch) - break clearance (Brennan) three-frame burst to move in front 3-2 - a lead they held on to. That meant three sides finished on four points each, and a triangular tiebreaker was required to determine the qualifying team.

There was a slight sense of déjà vu, as Chipperfield & Sutton won the title via a 6-red shootout against their remaining opponents in the tournament’s inaugural edition. And just like last January, they set a target, recovering somewhat from an awful start to register a below par time of 30.08 seconds.

McCarthy & Brennan went into the response as warm favourites, but misjudged the final part of their effort which saw Brennan pot the final red after the buzzer had gone.

Chipperfield & Sutton – who have now won three out of three shootouts in this competition – book their spot for Finals Night which takes place on Monday 19th December. 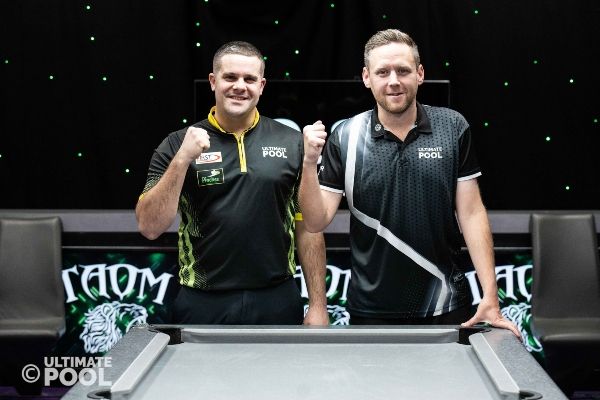