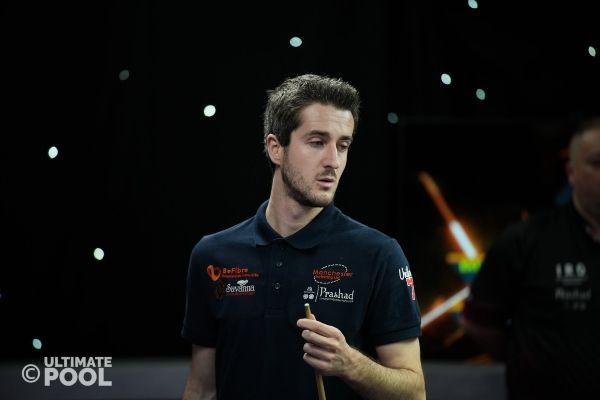 A very efficient performance throughout the night from Aaron Davies saw him comfortably win Week 12 of the 2022/23 ultimatepool.tv Masters and move into the last 32 of the tournament.

Next in the arena were Bash Maqsood and Cleve Thompson, who both provided plenty of entertainment with several highlight moments. Having earlier led 3-1 and 5-3, Maqsood claimed frame 11 to oust the match, 6-5, and reach the night’s final. 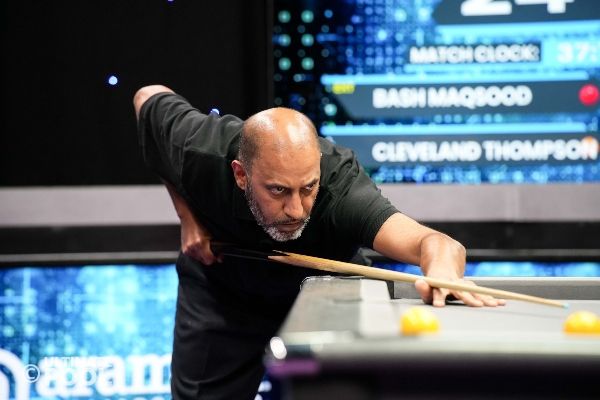 Former world junior champion Davies won the opening two frames of the final to increase his winning streak before Maqsood got on the board with frame three.

However, Maqsood struggled to pot off his break and Davies capitalised, producing three consecutive reverse clearances to help take control of the match. The current national blackball singles champion later finished off with back-to-back break clearances in an 8-3 win.

Having relinquished just three frames in both matches – the fewest of any weekly winner in the event, so far, - Davies qualifies for the next phase where he is due to face fellow Ultimate Pool professional, Arfan Dad. 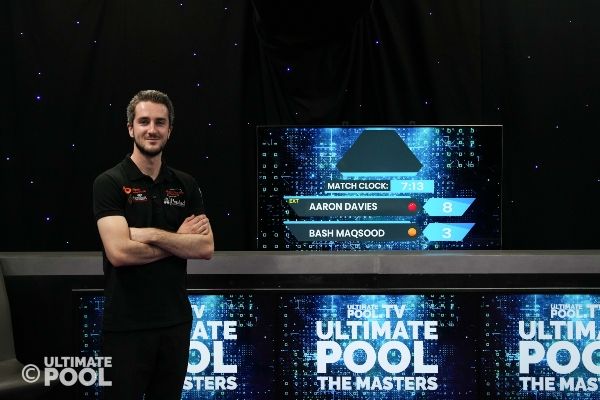