McCarthy Clambers Through to the Last 32

Ronan McCarthy maintained his incredible winning streak when he won Week 19 of the ultimatepool.tv Masters, although the Northern Irish legend had to come through an epic final against Kristi Caulfield in order to reach the last 32 of the tournament.

Winner of the WEPF World Masters, WEPF World Championship and Ultimate Pool Players Championship in recent weeks, McCarthy began the night with an 8-1 win over Aaron Jospeh – a victory which saw him register two break clearances and a reverse clearance.

Next up were two high profile amateurs in Caulfield and Alex Bailey – cueists who have experience in the Ultimate Pool main arena.

Despite losing the opening frame to a Golden Duck, Caulfield won four frames in a row (break clearance in frame five) to get ahead, although back came Bailey to level up for 4-4.

However, Caulfield went on a fizzing four-frame burst which included a break clearance and two reverse clearances for an 8-4 success to set up a final between players representing either side of the Irish border.

In one of the matches of the year, the lead was traded between the players. Caulfield capitalised on all but one of his opponent’s dry breaks – totting up four reverse clearances and striking a Golden Break on his way to going 7-6 up and one away from qualification.

Frame 14 would be memorable. On an unlikely finish for the match, Caulfield missed a treble on the 8-ball which allowed McCarthy to lay a snooker. Coming out of the snooker, Caulfield cut the 8-ball into a corner pocket, but his elation was very short-lived as he also saw the cueball find its way into a middle pocket to forfeit the frame.

In the decider, after McCarthy was unable to clear in one visit from his break, Caulfield misjudged a safety shot under time pressure which allowed ‘The Babe’ a gilt-edged chance to go through, which he duly took for a dramatic 8-7 triumph. 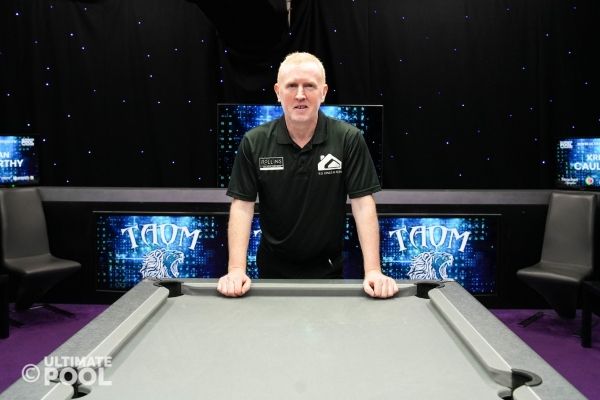