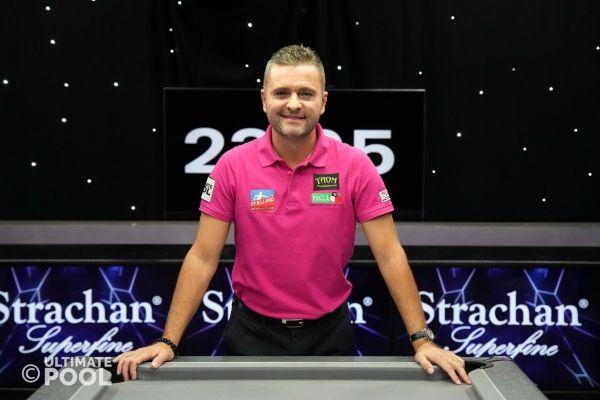 French ace Christophe Lambert booked a place in the 2022 Ultimate Pool Players Championship Finals Weekend in November after overcoming a slow start to win Group 6 of the competition.

However, I-Robot emphatically turned his fortunes around, dropping just one frame in the evening session as he defeated Rob Wharne (6-0), Richie Oliver (6-1) and Arfan Dad (6-0) to make it through with change to spare.

Lambert – a two-time Ultimate Pool ranking event semi-finalist – returned the next day and saw off former world champion Shaun Chipperfield 2-0 in sets (8-5, 8-5). Pairs Cup winner Chipperfield was one of the standout performers during the round robin, winning his opening four fixtures before losing to Wharne in his fifth game and then a subsequent 6-red shootout to determine top spot.

Table topper Wharne was Lambert’s opponent in the final after he ousted Dad in a 6-red shootout in the opening semi-final.

Wharne won the first set 8-6 but Dad regrouped with an 8-3 success in the second to force extra time. Dad – who qualified the night before by seeing off Oly Bale in a shootout – registered a quick time of 23.53 seconds. Wharne, though, boosted his career shootout stats to five out of five as he bettered the target with an effort of 17.87 - the second quickest time in Ultimate Pool history.

There was a dramatic opening set to the final as Wharne pipped it 9-8 after Lambert missed an opportunity in the deciding frame. However, Lambert recovered, continuing to break beautifully as he squared the contest at one all in sets with a 9-3 second set victory.

For the first time in the competition, a group final would be decided by a 6-red shootout. Put in first, Wharne was disappointed with a time of 31.06 seconds. Despite contesting his first competitive shootout, Lambert handled the situation well, scoring a time of 23.05 to go through comfortably. 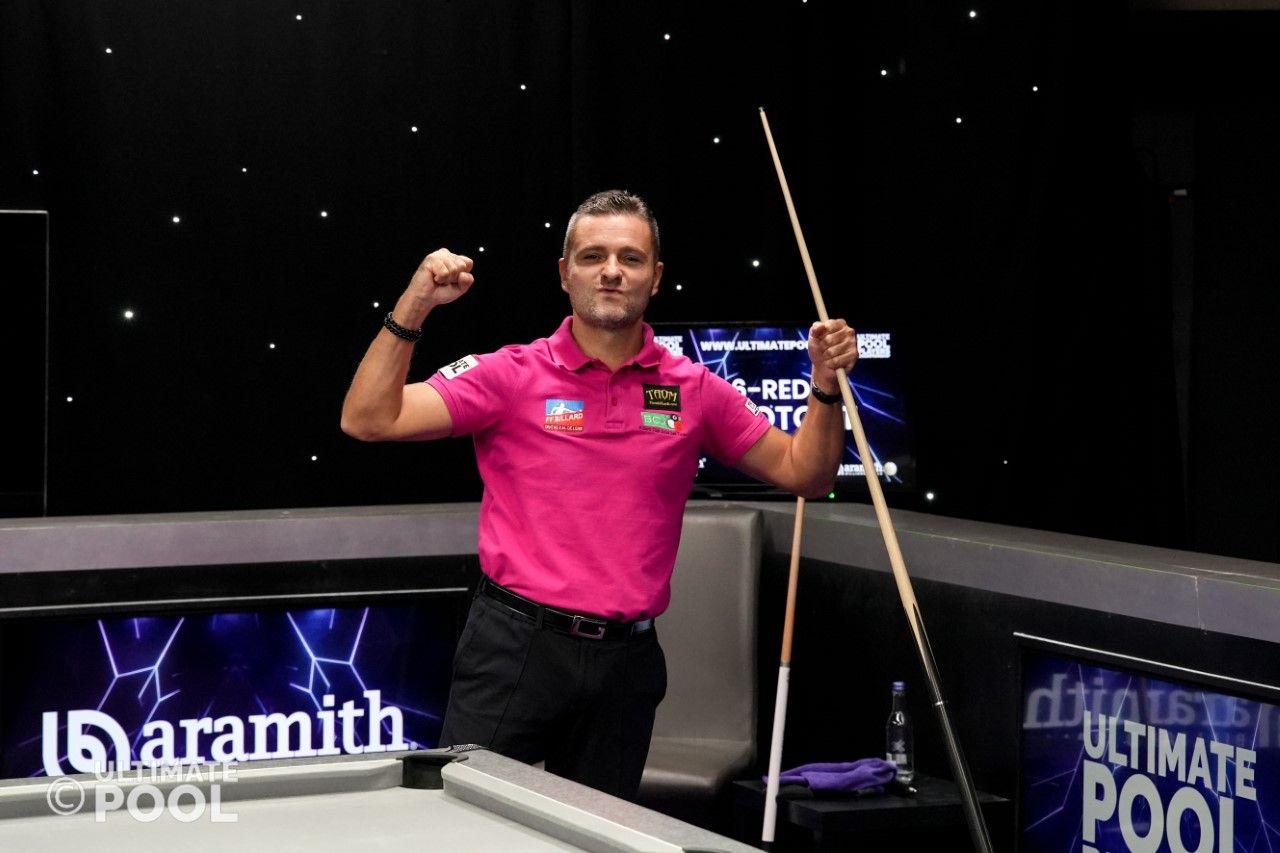