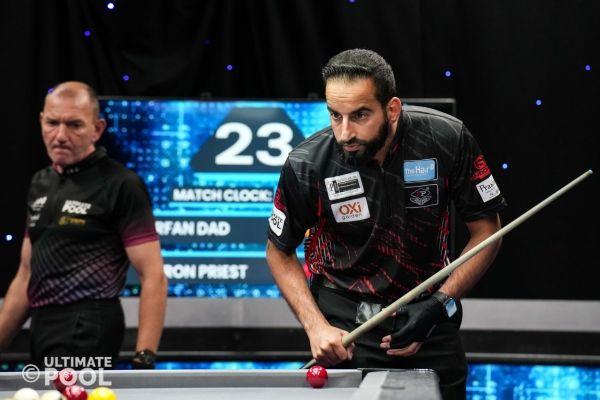 Dad Does the Business in Week 11

Arfan Dad won Week 11 of the ultimatepool.tv Masters to qualify for the second phase of the professional ranking event competition.

The night in Newcastle-under-Lyme began with an entertaining tie between debutant Matthew Povey and professional Josh Kane, a semi-finalist in this tournament last year.

A match that swung both ways, an impressive Povey was on course for an upset as he led 6-4 with little over 10 minutes remaining. However, classy Kane break cleared in frame 11 and then reverse cleared in frame 12 to level, before getting in front with frame 13.

In a grandstand finish with seconds remaining, Povey had a chance to make it 7-7 and force a likely 6-red shootout, although he ended awkward on the 8-ball which he missed. 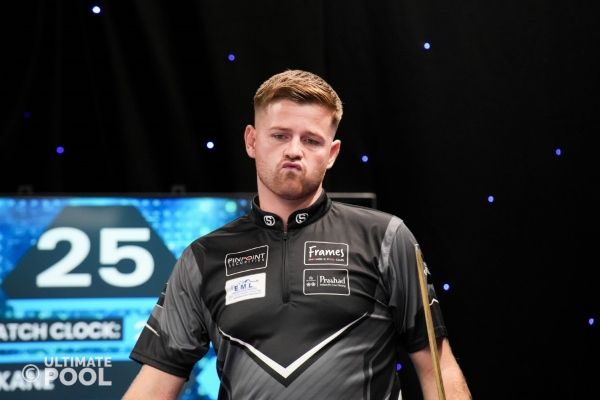 Dad, a quarter-finalist last year, faced Challenger Series event runner-up Arron Priest in the second match. “The Daddy” was never behind in the contest, but did well to resist Priest who proved to be difficult to shake off during a 7-5 victory.

The all-professional final was a rematch of a memorable final from the World Rules Pool Tour last year in which Dad pipped Kane to claim the title.