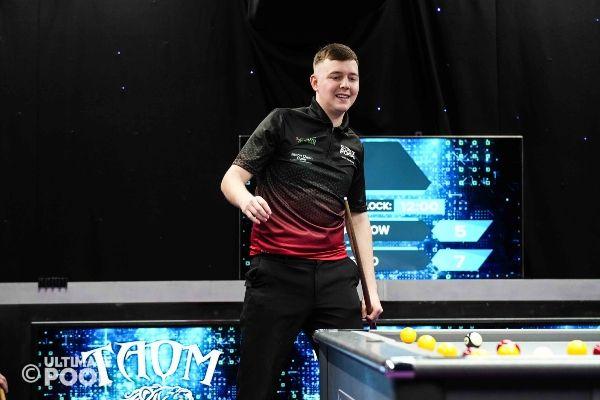 Week 18 of the ultimatepool.tv Masters provided us with one of the matches of the tournament as Cole Bedford won a thrilling final to qualify for the last 32.

In a section of the draw stacked with experience, it was promising youngster Bedford who made it through to set up an intriguing meeting with Declan Brennan in the next round.

Brian Halcrow was the Ultimate Pool professional on show for the week, and the former Professional Championship event winner opened up the night with a close and entertaining 5-4 victory over Andrew Herriot; managing to hold on to his lead in the final few minutes.

Next up was the current ranked Challenger Series number 26 Bedford who raced into a 7-0 advantage against Ian Stagg. 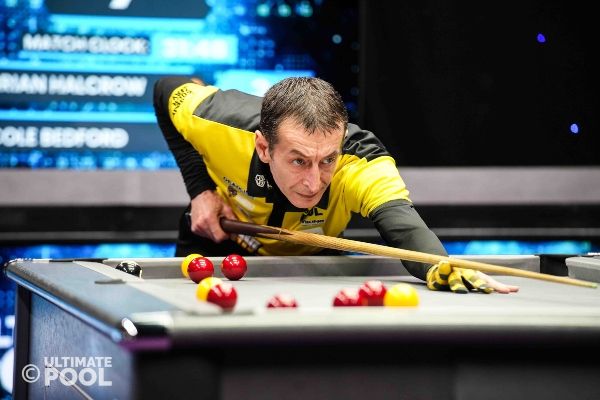 Into the weekly final and there were several highlight moments from both players. After Halcrow led 3-2, Bedford claimed four of the next five frames to go in front, 6-4.

Bedford looked set to get on the hill in the next, but unexpectedly missed and allowed his opponent to move within one, however, the youngster produced an incredible break clearance in frame 12 to indeed go one away from the eight-frame target.

Halcrow, though, showed true grit, winning the next two frames for 7-7 and forcing a decider. And when Bedford broke dry in the last, Halcrow carved out a wonderful reverse clearance opportunity.

However, seeming as if the hard work was done, there was more drama as Halcrow missed his final colour. Up stepped a cool Bedford to clear the table and put himself through. 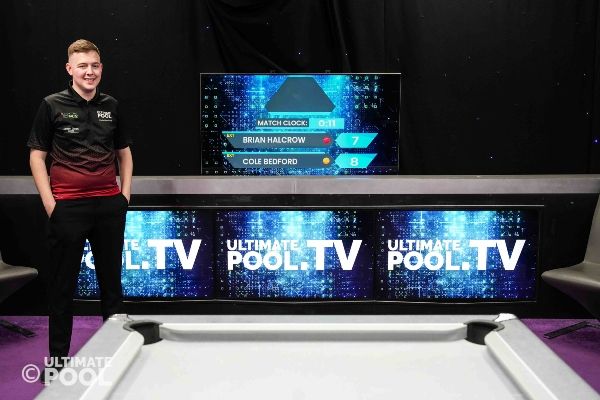